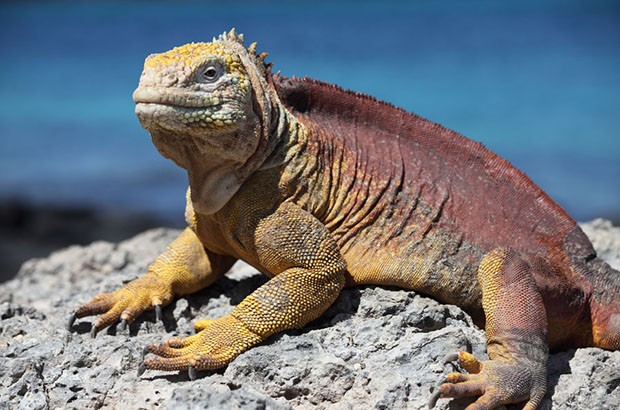 Snakes versus dragons: how this sequence was filmed for Planet Earth II

We filmed this sequence over a period of two years, in two trips to Galapagos of about 18 filming days each, adding up to around 400 hours of field time. The edited material from Galapagos lasts less than nine minutes. It contains the first ever footage of snakes hunting dragon-like marine iguanas en masse, one of the most thrilling examples of animal behaviour I have had the privilege to film.

When baby marine iguanas hatch in Galapagos, they normally lie just beneath the surface of the sand to absorb as much heat as they can before they reveal themselves to the world. It is assumed that they do this to power their muscles to outrun any predators that might be lying in wait. This is especially important on Fernandina, the largest pristine tropical island in the world, where the absence of introduced species means there are large numbers of racer snakes.

For those marine iguanas that emerge to find themselves surrounded by an amphitheatre of rock alive with racers, speed and luck are the only ways to avoid an early death. It is understandable that so many people have been fascinated and terrified by this footage. One snake hunting prey is usually enough to transfix us and engage our instinctive mammalian fear of snakes. But a mass of them hunting is the stuff of nightmares! I think the reason this sequence has generated so much attention is because people are naturally rooting for the cute and innocent hatchling iguanas, which face a truly horrifying situation. So when one little marine iguana miraculously escapes the inescapable the relief we feel is tangible.

The location – Fernandina island in Galapagaos – is a truly remarkable place. The purity of its essence and the beauty of its stark, raw, pristine state is otherworldly and humbling to a degree. It is a great privilege to be given the chance to witness such an extraordinary place and be allowed by the Galapagos National Park to film there. I am indebted to them for their trust in me and honoured to be able to portray a small window into the life of this place for people around the world to appreciate.

The iguanas’ small size and turn of pace made their flight from the racers very challenging to film. Often they would explode into a sprint pursued by a mass of snakes and we would lose the action behind a lump of lava or other obstacle.

Although I filmed much of this sequence, several others contributed crucial elements. It was down to the producer of this episode Elizabeth White that we went with this behaviour at all. She liked the idea of creatures finding new ways to survive by adapting to new circumstances, something that is synonymous with island life, so perfect for the first episode on Islands. Assistant cameraman and assistant producer Tom Crowley, cameraman Paul Stewart and assistant cameraman Freddy Deeble all contributed, using a moving camera rig to inject dynamic energy. I was also joined by my two assistants Jose Masaquisa and Roberto Pepolas and the expertise of veteran Galapagos National Park guard Simon Vilamar was invaluable. 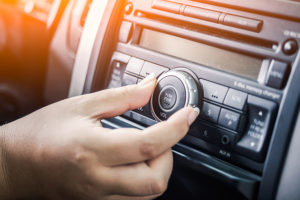 The Power of Airwaves 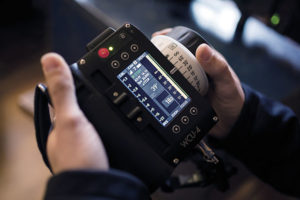